It gives me great pleasure to welcome all of you to Messolonghi–and especially to the Byron Research Center’s new location in the Byron House. The national government of Greece built this handsome stone building to serve cultural purposes in Messolonghi. What could be more appropriate than housing the Byron Center and thus providing a place where pilgrims from around the world can come to learn more about Lord Byron and about philhellenism. I hope that your scholarly sessions in the Byron House will be productive and that your time in the sacred city of Messolonghi and your excursions in our beautiful and historic region will be most enjoyable. Your presence here truly honors us. On behalf of the city council and the people of Messolonghi, welcome. 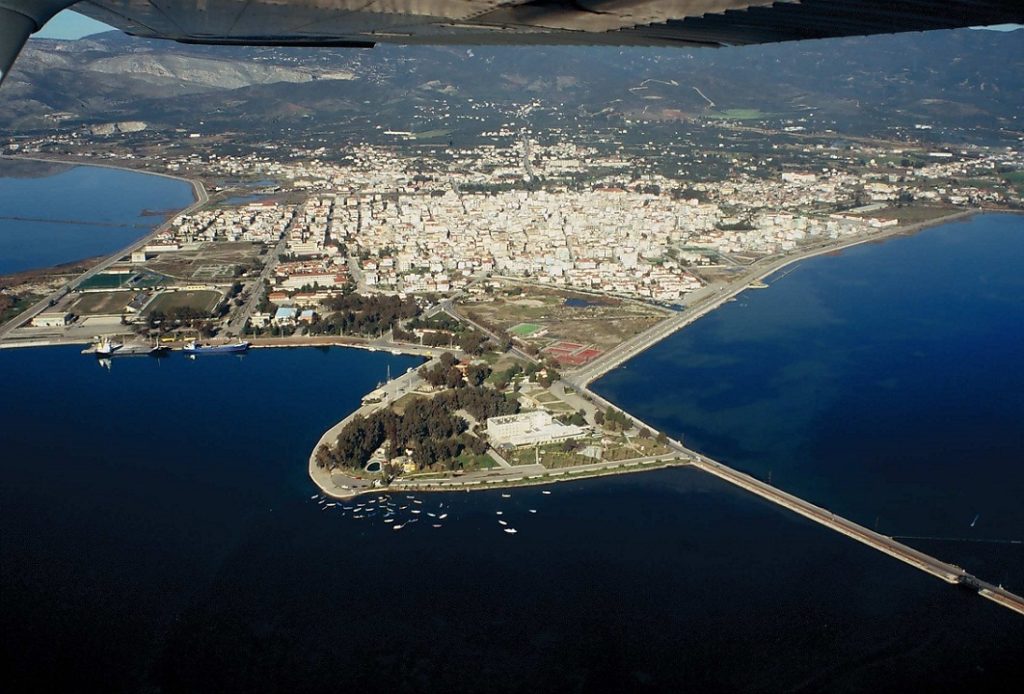 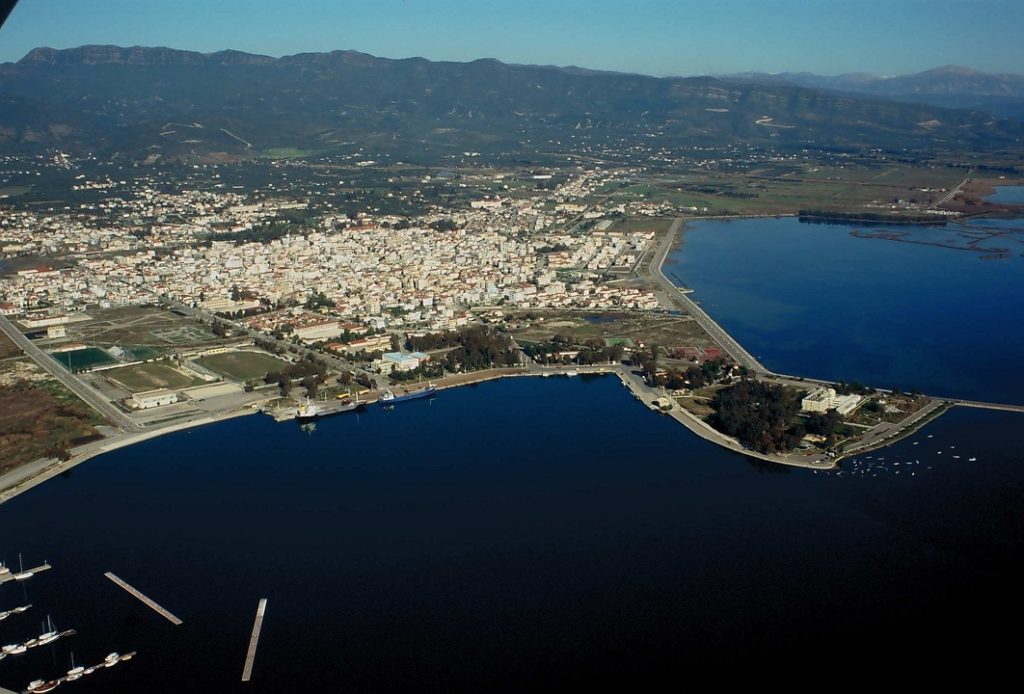 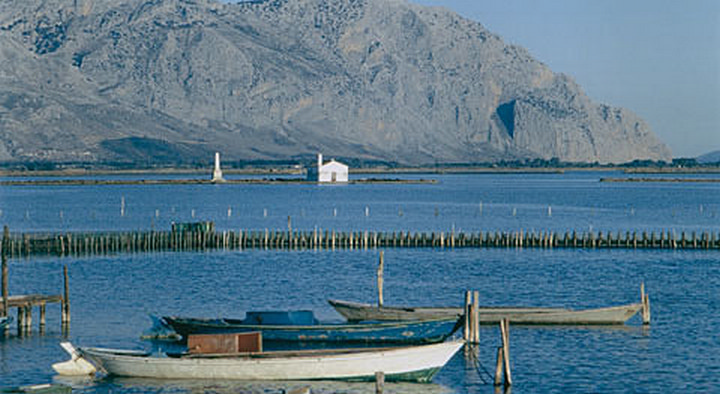 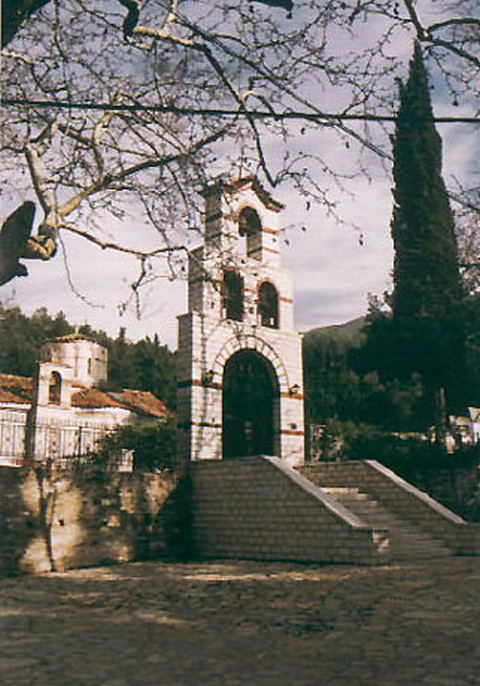 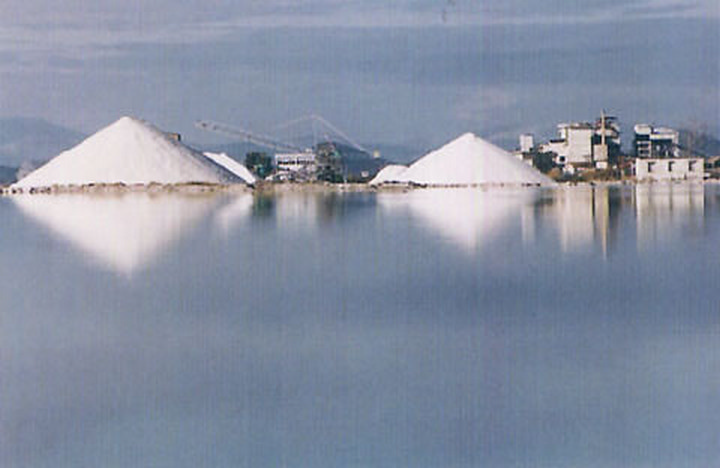 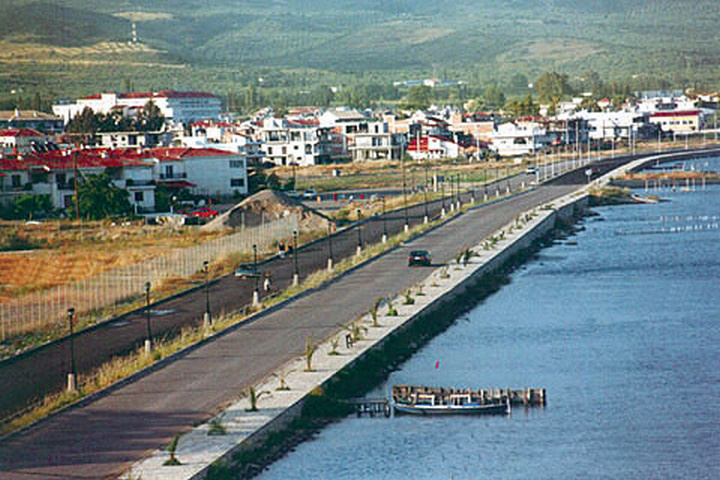 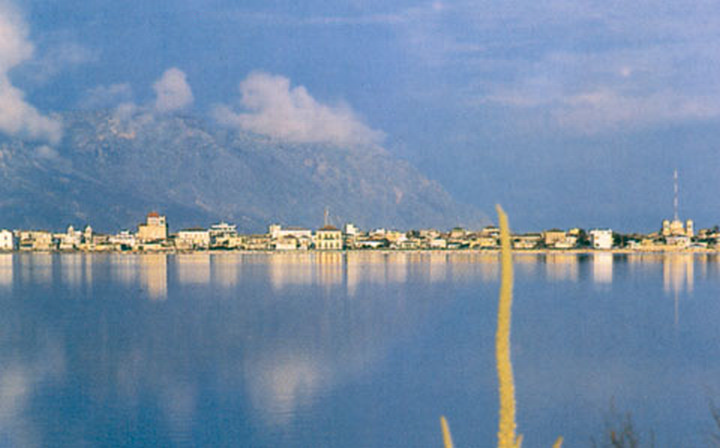 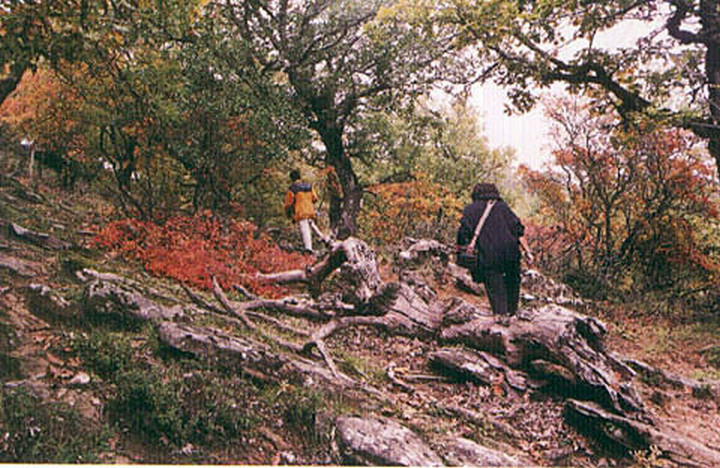 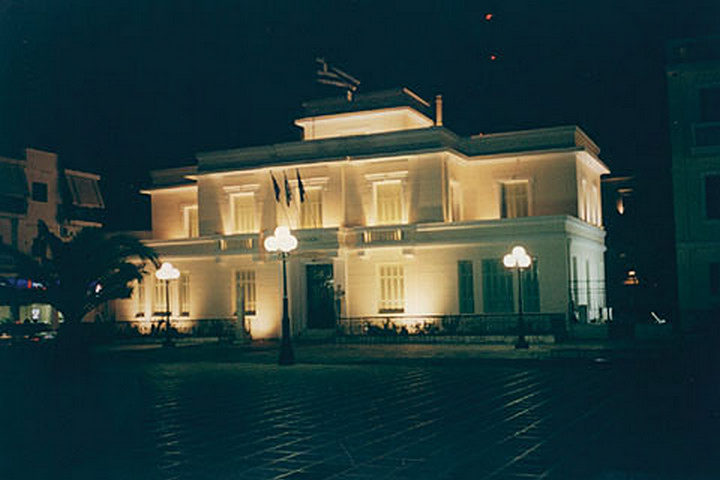 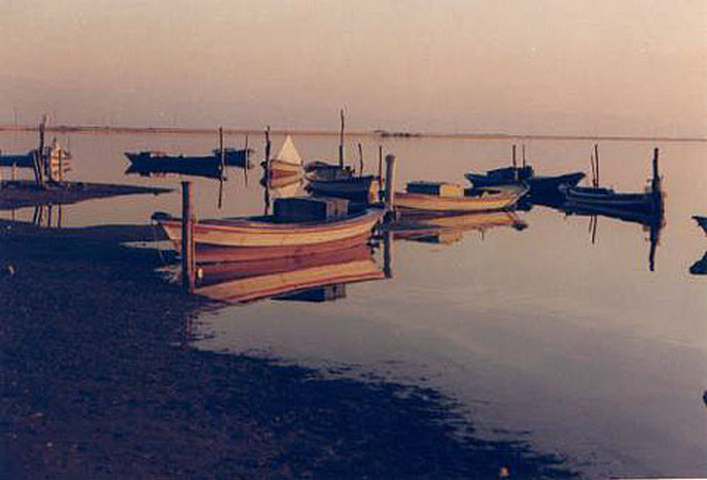 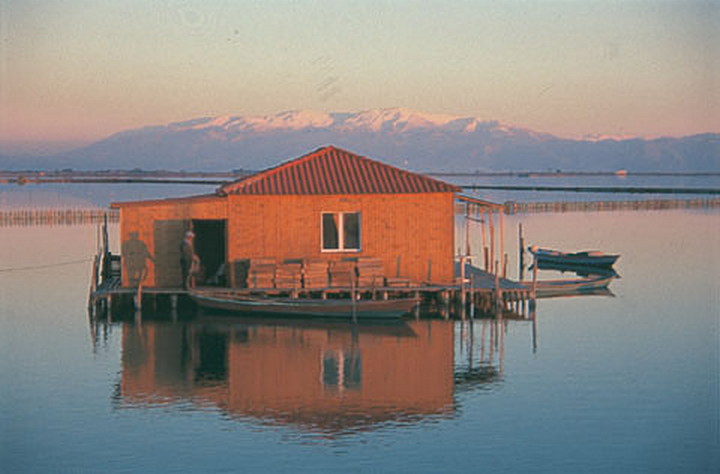 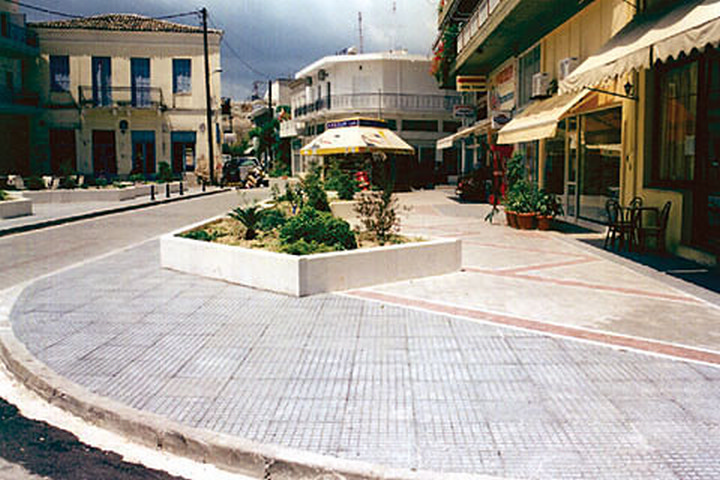 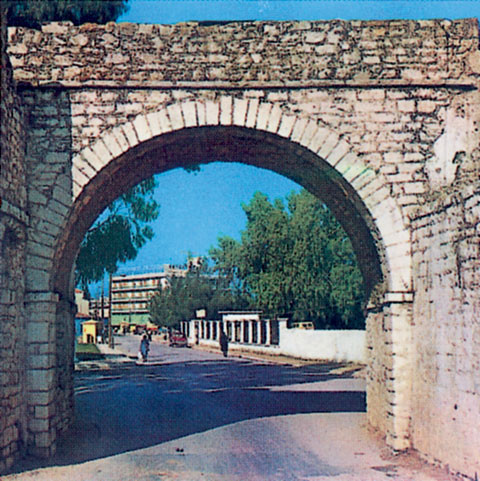 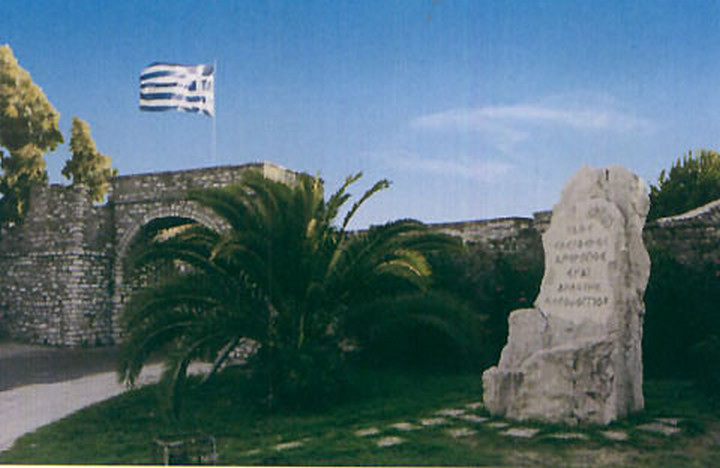 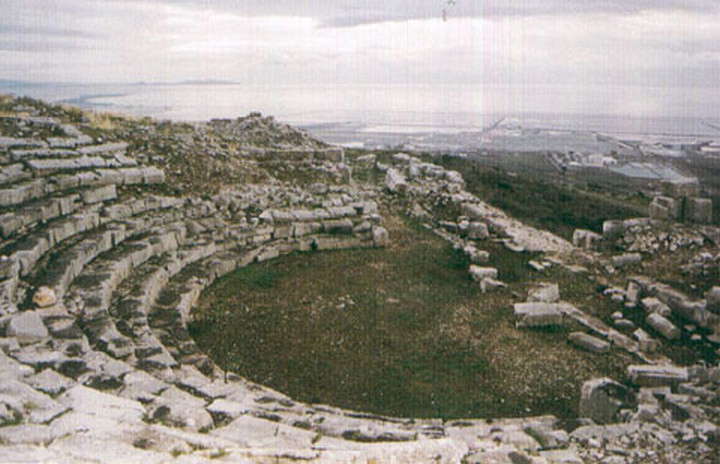 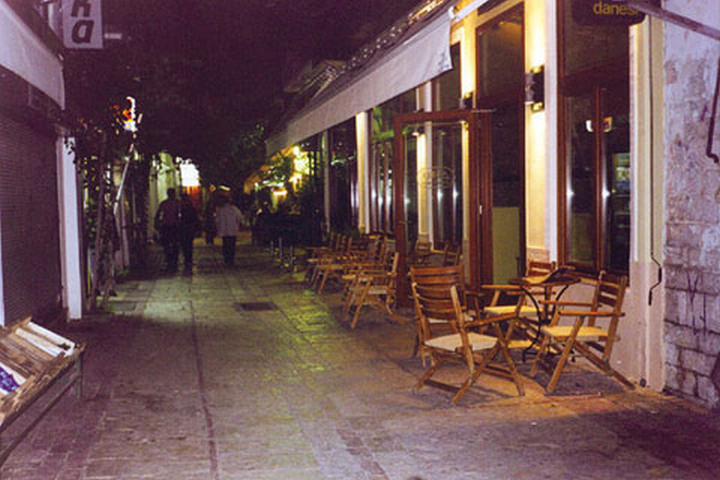 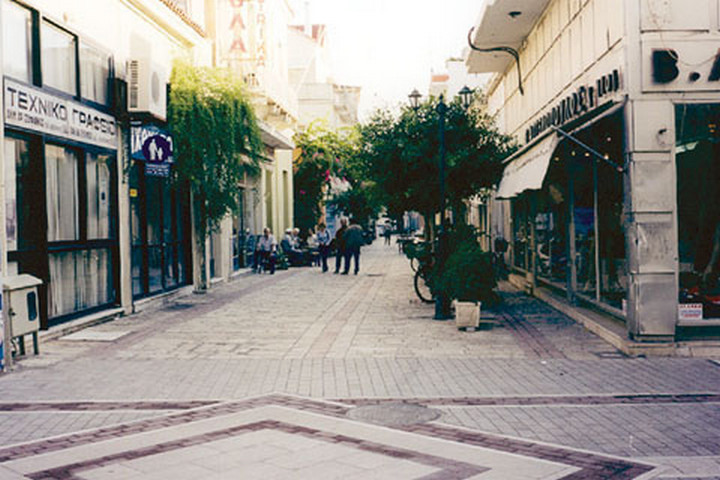 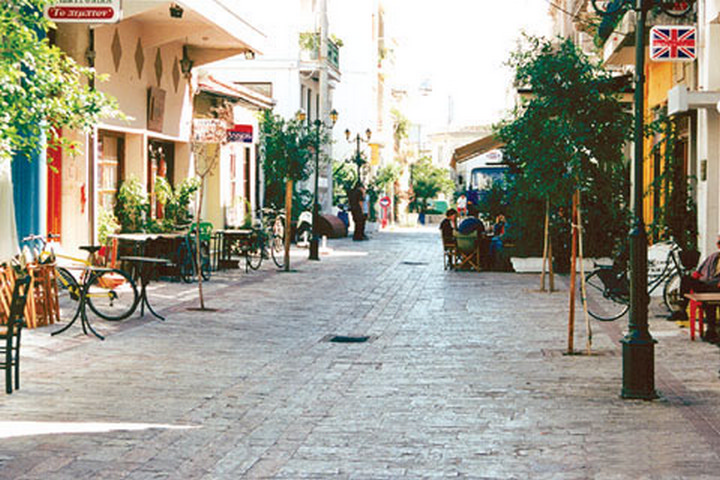 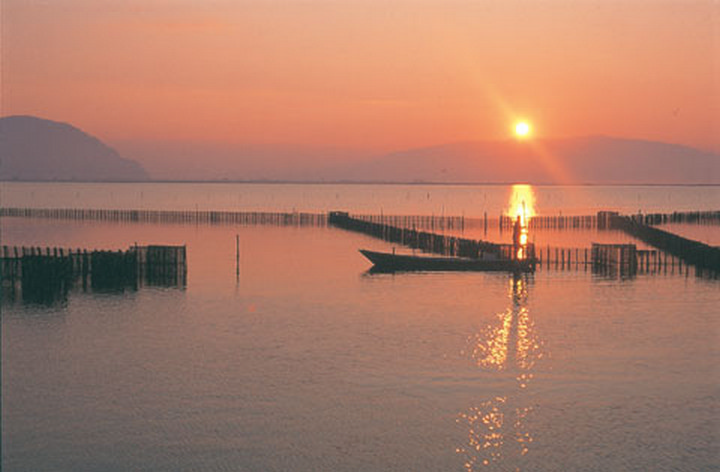 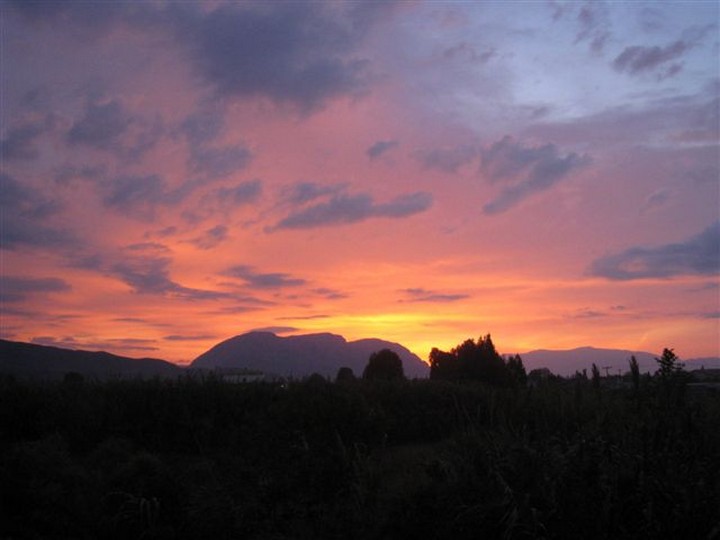 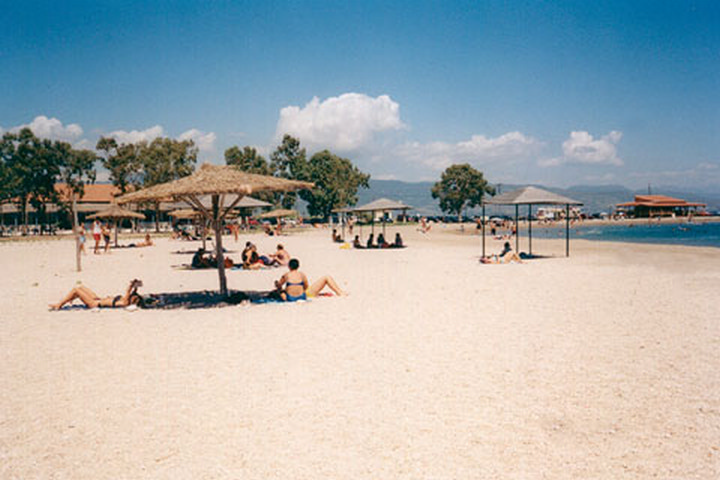 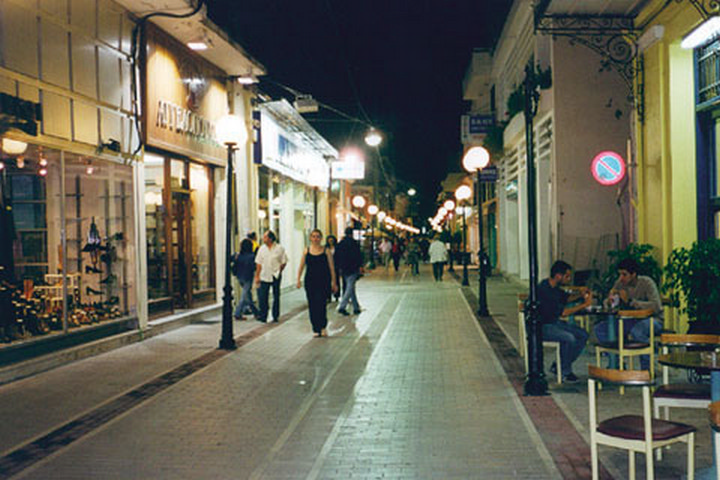 Messolonghi, the picturesque capital of the county of Aitolakarnia, is known as the sacred town of immortal heroes and a town of freedom due to its important role in the Greek Revolution.

Messolonghi became known in history in the 16th century, just before the sea battle of Nafpaktos on 7 October 1571. During the pre-Christian period in this area of Messolonghi there were three ancient towns. They were Kalidonia, which is now Evinhori, Plevrona, now called the Castle of Kira-Rinis, and Alikirna, which is now Hilia Spitia, built just below the historical monastery of St. Simeon.

The town’s original inhabitants were fishermen and Dalmatian pirates living in straw huts positioned in the lakes of the gulf of Patras. Later on the area was called Mezzo Langhi by the Italians, a phrase meaning “between the lakes”. Messolonghi played a very important role during the Greek uprising against the Ottoman Empire. In 1822 the Turks tried to take it but were unsuccessful. Four years later the inhabitants of Messolonghi unfortunately succumbed to the Turks who surrounded and besieged the town, and on 10 April 1826 they decided on the mass Exodus of Messolonghi. Unfortunately the plan was betrayed to the Turks by someone, and the consequence was a tragic massacre.

Perhaps Messolonghi fell at the time of the Exodus, but her history stands high and illuminates hearts of free men throughout the ages. In 1829 Messolonghi was liberated from the Turks and again started to flourish. In 1835 they appointed a mayor and in 1937 the national government decided unanimously to name it the Sacred Town of Greece. In the years following its liberation the town of Messolonghi produced five famous Prime Ministers, many historical personages, poets, artists, scientists, architects, and men of letters. It developed as a tourist attraction, being a town symbolizing freedom and commemorating it through the many international memorials in the Garden of Heroes.

Everywhere in the Garden memories of the 1821 uprising are revived, especially when we see all the monuments of Philhellenic heroes: the tombs of Markos Botsaris, Kyriakos Mavromihalis, and other Greek heroes, the Swiss Philhellene Johann-Jacob Mayer, and the most famous of all, the heroic English Philhellene and poet Lord Byron, whose last breath was left in Messolonghi. The busts and the monuments of the heroes offer an image of the town, light as opposed to dark and civilization as opposed to barbarism.

The Museum of History and Art is the second interesting place to visit. Situated in the center of the square of Markos Botsaris, it is in the building which was formerly the Town Hall erected in 1932. Here we see a rich selection of paintings by both Greek and foreign artists inspired by the struggle and the Exodus of Messolonghi. At the entrance are the busts of the Messolonghi men who became Prime Ministers of Greece, e. g. Harilao Trikoupi and Epaminonda Deligiorgi. Within you will find the bust of the historic Prime Minister Spiridion Trikoupi and paintings of the Greek Revolution. In a prominent position are large paintings of the explosion of the arsenal by Christo Kapsali, the allegory of Freedom rising from ruins of Messlonghi by French painter Delacroix, the welcome of Lord Byron to Messolonghi, the heroic Exodus of Messolonghi, the marvelous painting by the French artist Delansac depicting the self-sacrifice of a Messolonghi woman, and the emotional picture of the Exodus which is paraded during the annual two-day festivity of Exodus.

In the museum there is also a room devoted exclusively to Lord Byron, with oil paintings, letters, portraits of the poet, the people he met, and the places he visited during his stays in Greece and which he evoked in his poems, personal items, and copies of letters specifically related to his Philhellene efforts. In a prominent position is his statue which was donated by the Canadian Embassy.

The noble family of Palamas had its impact on Messolonghi as well. At a house of architectural distinction, the ancestor of the Palamanians, Panagiotis Palamas, was born in 1722. He was considered the teacher of Greek origins. In the same house lived the national poet Kostis Palamas after he became an orphan in 1865 and went to the house of his father’s brother Demetrios. Here Kostis Palamas stayed until he completed his education and wrote his first poems. In the halls, corridors, and balcony conservatory of the house, one finds personal items, paintings, and documents from his life and great deeds. Opposite this residence is the house that was the birthplace of the politician Spiridon Trikoupis, a place where Harilaos Trikoupis, a great politician of modern Greece, also lived.

It seems more than coincidence that the two main facets of modern Greece, the political and the poetical, met at the same place, with the houses of Harilaos Trikoupis and Kostas Palamas neighboring each other in the old part of the city. Soon the former house will be given to the community by the present owner, its last inheritor Kostandinos Trikoupis, and will become the Tricoupian museum.

Many local places stir the emotions and memories of visitors, among others the neighborhood of Kapsali where the house Lord Byron occupied was, the noble house of John Trikoupi situated at the end of Mayer Road near the “first arch”, the noble house of Zafirio or Zinovio Valvi where the public library is housed, and the local historical center. Other popular points of pilgrimage include the site of the house of Bishop Josef of Rogon near the Xenokration public school, the windmill, the small church of Panagia of Phoenekia 2 km outside Messolonghi, where Lord Byron often visited, and the historic Monastery of Agios Simeon, on a mountainside 8 km from Messolonghi.

Every year on the Saturday of Lazarus and Palm Sunday, Messolonghi and the whole Greek nation honor the great sacrifice of the heroic Exodus of Messolonghi. As the poet and academic Nikeforus Vretakos said,  “Everyone from around the nation must fervently and wholeheartedly congregate in Messolonghi with faith”. It should be essential for the children of all schools in the country to orientate themselves toward Messolonghi for a moment of silence and remembrance. Like the Parthenon of Athens and St. Sophia of Constantinople, Messolonghi is considered a place sacred in Greek culture.

During Pentecost great joyfulness, music, laughter, and bands enliven Messolonghi, especially at the well-known national festival of St.Simeon. Apart from its historical side Messolonghi is also a unique aquatic place. Messolonghi’s lagoon, the second largest in Europe, provides sanctuary for flora and fauna. Rare types of birds like Nanoglarona (dwarf seagulls), Kalamokanaves (long-legged water birds), water swallows, mollusk-eating birds, Sphirichtres (whistling sea birds), Koridali (yellow finches), and many others nest in the bushes surrounding the lagoon. Flamingoes and other beautiful migratory birds pass through as well. The lagoon also serves as a source of sea salt, supplying table salt for all Greece.

The lagoon backed by rocky mountains gives the town its uniquely beautiful setting while making it the fish-producing center of Greece. The fisherman’s life, the types of fishing, and the splendid sunsets over still water attract many visitors. In olden times, barks were propelled by sails, but now only a few enthusiasts use them. Not surprisingly, the specialties of the local cuisine are mainly fish so plentifully available from the sea lakes. Every type of fish in its season has a special local recipe, and one can taste these dishes in restaurants and ouzeri (ouzo taverns) in the town. Messolonghi is famous for fish roe from the female kefalo during the month of August.

A magical road of 5 km jutting into the sea leads us to the Gulf of Patras with its beautiful beach of Tourlida. There visitors can combine swimming and fishing. Sufferers from certain ailments benefit from the mineral-rich spa waters of Agia Triada (Holy Trinity) at the historic small island called Klisovas just before reaching Tourlida.

As this brief account has tried to suggest, Messolonghi is a universal symbol of the struggle of nations for dignity and freedom and a beautiful site offering great interest and rich opportunities for further touristic promotion. 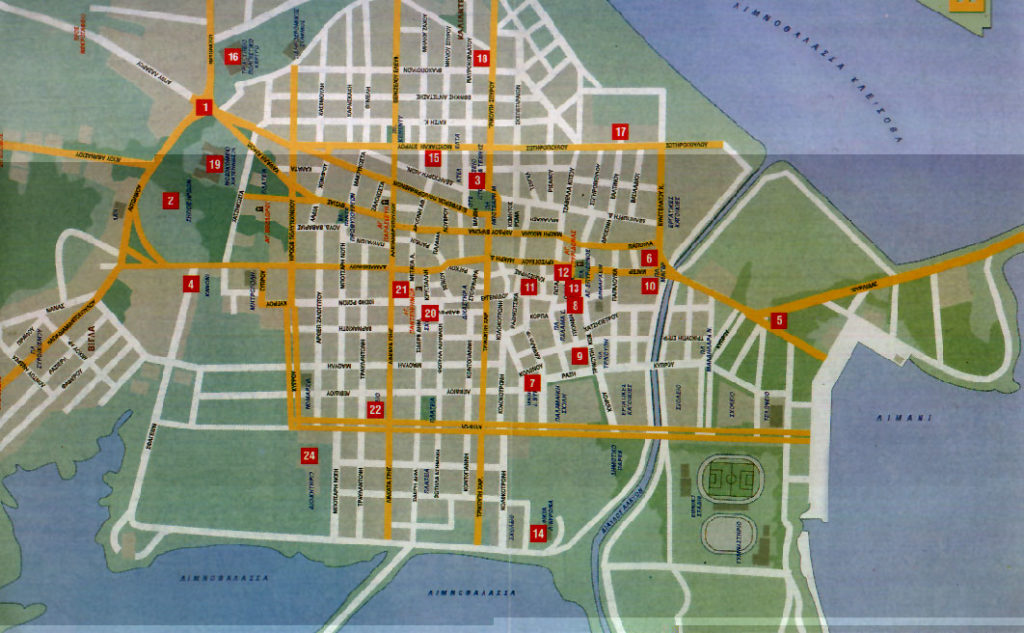