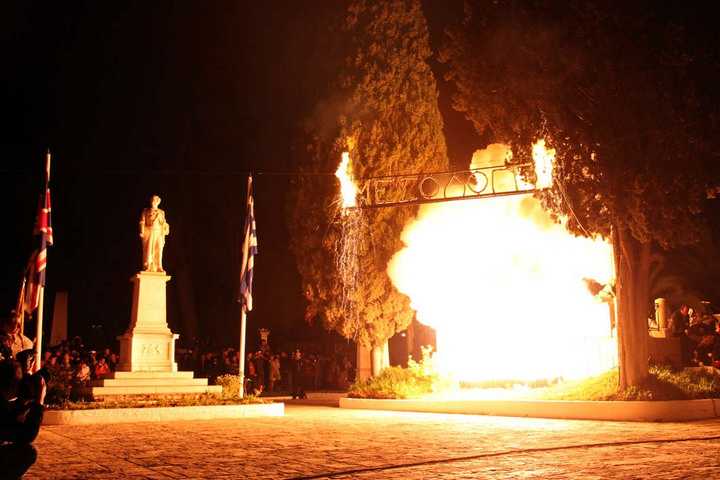 Every year on the Saturday of Lazarus and Palm Sunday, Messolonghi and the whole Greek nation honor the great sacrifice of the heroic Exodus of Messolonghi on 10th April 1826.

In the adjacent photo the representation of the blasting by Christos Kapsalis, next to the statue of Byron.
The notable Christos Kapsalis blew up the powder magazine of his house, sacrificing himself, the woonded, the women, and children who had found refuge in it during the heroic night of the Exodus.
Lord Byron lived in this house during his stay in Messolonghi from January 5 to April 19, 1824, where he breathed his last.

The video of the representation of the blasting by Christos Kapsalis, in the Heroes Garden