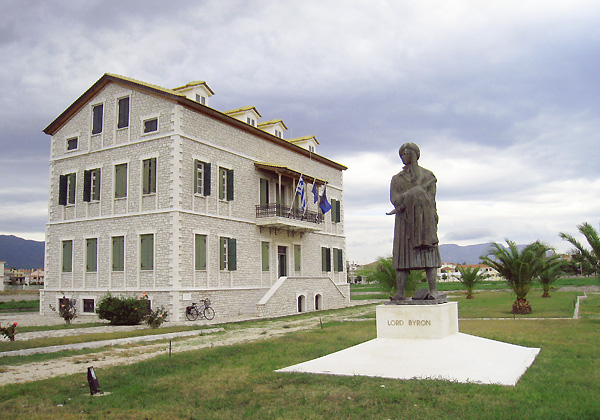 The Messolonghi Byron Society, under its program for 2014, and in order to celebrate the 190th anniversary of Lord Byron’s death in Messolonghi on 19 April 1824, announces an essay-writing contest for high school students of the Aetolia-Acarnania Region on the topic: “Lord Byron: Poet and Hero”.

The essays should be written by students at home and delivered to the headmasters of their high-schools by Friday, 7 February 2014. Papers, which should be 600 words in length, must be typed on a computer using the font Times New Roman 14 and single spaced.

Principals of high-schools, after they have collected each students information, are requested to transmit the essays to the Directorate of Secondary Education by Friday, 14 February 2014.