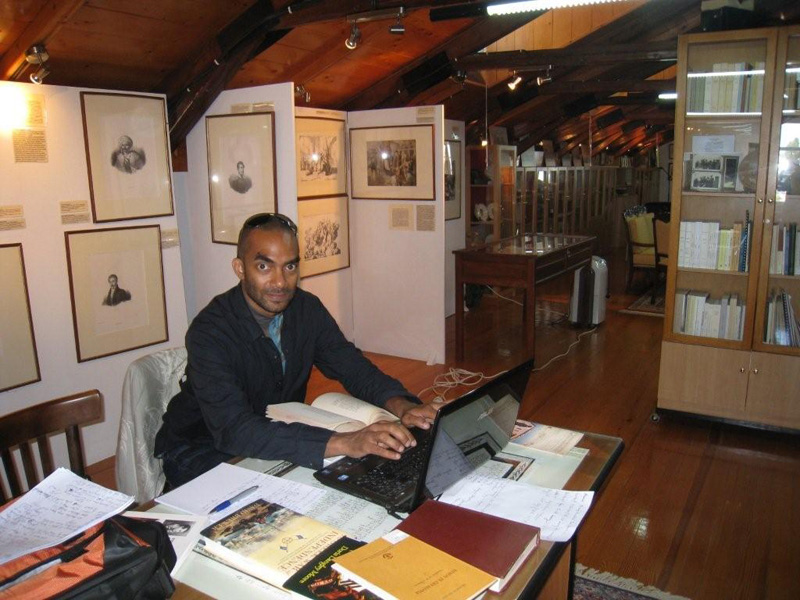 Joshua D. Gonsalves, an Assistant Professor in the English Department at the American University of Beirut, is working in the Byron Research Center, Messolonghi, Greece, on a follow-up article to “Byron’s Masque of the French Revolution: Sovereignty, Terror and Republican Identity in Marino Falieroand The Two Foscari,” (in Byron and the Politics of Freedom and Terror, eds. Green and Pal-Lapinski; Palgrave 2011).

He is examining textson Byron’s Final Days in Greece as a site for applying a practico-theoretical understanding of geopolitics (tactics, strategy and especially logistics) alongside interpretative paradigms influenced by the New Mediterranean Studies.His work-in-process in the Center will also contribute to a larger text provisionally entitled Biopolitics, Anglophilia & the Un-Seeing of War in the Romantic Era, which includes a chapter on Byron’s Siege of Ismail Cantos in Don Juan.