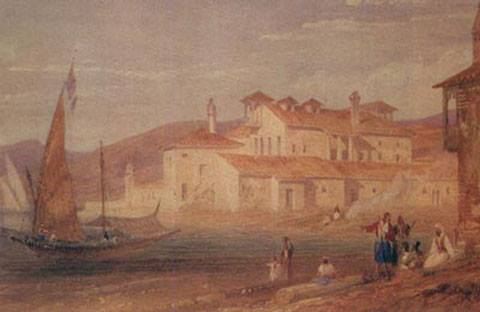 The house was on the west side of the town, at the “Kapsaleika” quarter. It was on the quay which was used only by the small boats which could cross Messolonghi’s lagoon only by way of one canal. The house was blown up by Christos Kapsalis on the night of the ‘Sortie'( ‘Exodus) on 10 April 1826.
Byron and his men occupied the upper floor while the ground floor was occupied by Byron’s bodyguard of Souliotes.