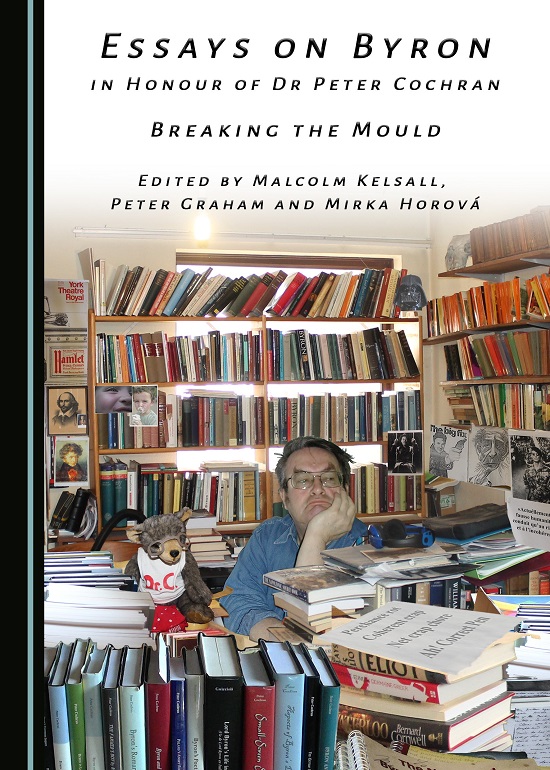 Byron wrote that he was “born for opposition”. This collection of essays takes Byron at his word and explores ways in which he challenged received opinion in his lifetime. The essays also challenge commonplace attitudes in criticism of Byron today. In this, the volume honours the remarkable range of work of the late Dr Peter Cochran. The matters covered here are Byron’s poetics, his ideology, and the principles and practice of editing his texts. Jerome J. McGann opens the poetics section by examining lyric writing in a Byronic perspective. In the lead essay on ideology, Bernard Beatty asks whether we should rethink Byron as a whole. A substantial addition to Byron’s correspondence is made by Andrew Stauffer beginning the editing section. In all, this book gathers original contributions from sixteen international scholars and friends of Peter Cochran. The accessible, engaging style makes their work suitable for all readers of Byron, as well as undergraduates and professional academics. (ISBN 978-1-5275-0607-7) View more…

Byron in Italy – Venetian debauchery, Roman sight-seeing, revolution, horse-riding and swimming, sword-brandishing and pistol-shooting, the poet’s ‘last attachment’ – forms part of the fabric of Romantic mythology. Yet Byron’s time in Italy was crucial to his development as a writer, to Italy’s sense of itself as a nation, to Europe’s perceptions of national identity and to the evolution of Romanticism across Europe. In this volume, Byron scholars from Britain, Europe and beyond re-assess the topic of ‘Byron and Italy’ in all its richness and complexity. They consider Byron’s relationship to Italian literature, people, geography, art, religion and politics, and discuss his navigations between British and Italian identities. (ISBN 978-1-5261-0055-9) View more…